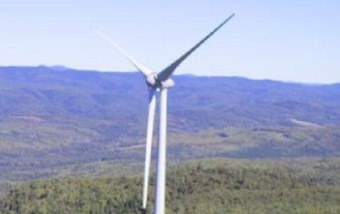 LFG Construction was mandated to construct foundations and execute the assembly of 33 wind turbines on the site of the city of New Richmond, Quebec.

Wind turbines, for the most, which individually have a capacity of 2 MW measure 100 meters, including the blade. They are made of 18 circular concrete sections and two steel sections. The erection of wind turbines was executed with the «single blade installation» technique. Assembly had to be done this way as working areas were too narrow. A special counterweight system was used to install the blades.

Commissioning of the park took place in the month of February 2013.